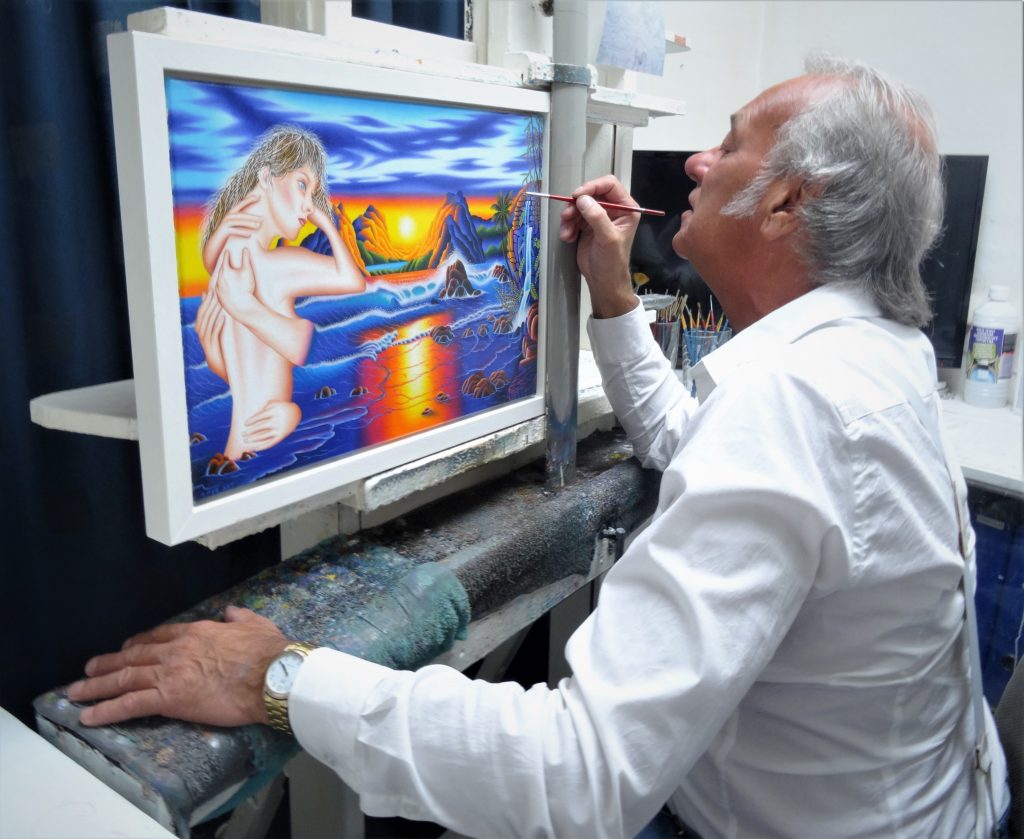 was born on 13 May 1955 in Amsterdam. His love for drawing dated since his childhood and painting from his eighteenth age. Surrealism is called the style in which he paints.

Paul works mainly at night and that is why he is called the ‘night painter of Amsterdam’.

He calls his work ‘LOVE ART’, under this title is also an autobiography published.

The technique used is oil on canvas, he also paints with acrylics on stone.Paul has created a painting for the film ‘Let The Music Dance’ by director ‘Pim de la Parra’.

Paul’s work can be admired at various exhibitions at is home town the Netherlands and abroad. Because of his work at the exhibition he had several interviews in magazines such as Penthouse, Foxy, Lust, Loc, High-Life and more.

He has also been invited in several television talk shows in the Netherlands and in the United Kingdom.